You hear the pounding of the drums and the blasting of trumpets, that can only mean one thing. It’s marching band season at West Chester University! One of the most well-known and storied traditions in West Chester University is the Incomparable Golden Rams Marching Band. This organization is full of over 320 talented, hardworking, and motivated students that carry this long-standing tradition.

This season is the band’s 129th season with their theme tackling the feeling of loneliness and finding your way back. The title of the show is known as “The Traveler”. Let’s take a look at some of it’s history and some notable appearances by the band in previous years.

The organization strives every season to put on the best show possible to entertain its audiences as well as earn the title of “Incomparable”, meaning that no other band can compare to the hard work and performance level that they put on the field. since 1889, the many members that came before us have worked to achieve the title of Incomparable that is stitched on their hats.

The many members of the bands also get involved around campus and in town to give back and show support for our community. The band has had a long history of big events and performances that placed them in the category of some of the best marching bands in the country. One of their biggest moments was back in 2015 when they were just one of four collegiate bands selected to perform in the Macy’s Thanksgiving Day Parade in New York City.

What you see on the field is no easy task, in fact, it takes many months to prepare the layout and structure of the show. The members all get together a week before Fall semester and start a week-long process of memorizing, practicing, drilling, and prepping the show to ensure it is performance ready. This week is known as “Band Camp”. Every member spends 12 hours a day all week going over music, drill, and visuals that the directors and coordinators prepare for them. Once the week is over, the band continues meeting every Monday, Wednesday and Friday during the Fall semester. For 2 hours each day the band makes small changes to the show These include cleaning up any areas needing improvement and just rep it through a couple times to get the feel for the show.

This semester, the band also took some time over the season to perform at Spring-Ford and Marple Newtown High School’s to entertain young high school musicians and inspire them to pursue music in a way that gives them a life changing experience. The band also participates in the University’s home football games, parades, and the Annual Collegiate Marching Band Festival in Allentown. This festival includes other visiting bands like University of Delaware, UMass, Kutztown, and many more. With a new season comes new challenges and a new director can test a band.

After the bands 2017 season, longtime director Andrew Yozviak retired from band director duties and the band needed a new head of operations. That’s where Professor Adam Gumble stepped up to the challenge and assumed the role as the new athletic band’s director for West Chester. He knew the role that this band played at and he aimed to maintain the tradition of the band.

He aimed to create one of a kind shows including the large and interesting props, flashy visuals, and entertaining music. Professor Gumble has been confidently tackling obstacles and looks to be an influence for future musicians, educators, and students. Associate Director of Bands, Dr. Gregory Martin and the many coordinators and officers of the organization, look to continue this rich history of excellence. Part of this journey focuses on their ultimate destination at the Band of America Grand National Championship.

The bands ultimate goal brought them to the Bands of America Grand National Championship in Indianapolis, Indiana. Driving over 10 straight hours did not bring down the bands spirits as they were prepared for the challenge. The band performed in front of some of the top high school marching band organizations in the country. This was the most anticipated performance of the season. The Incomparable Golden Rams Marching Band rose up to the challenge and took the road less traveled towards greatness. 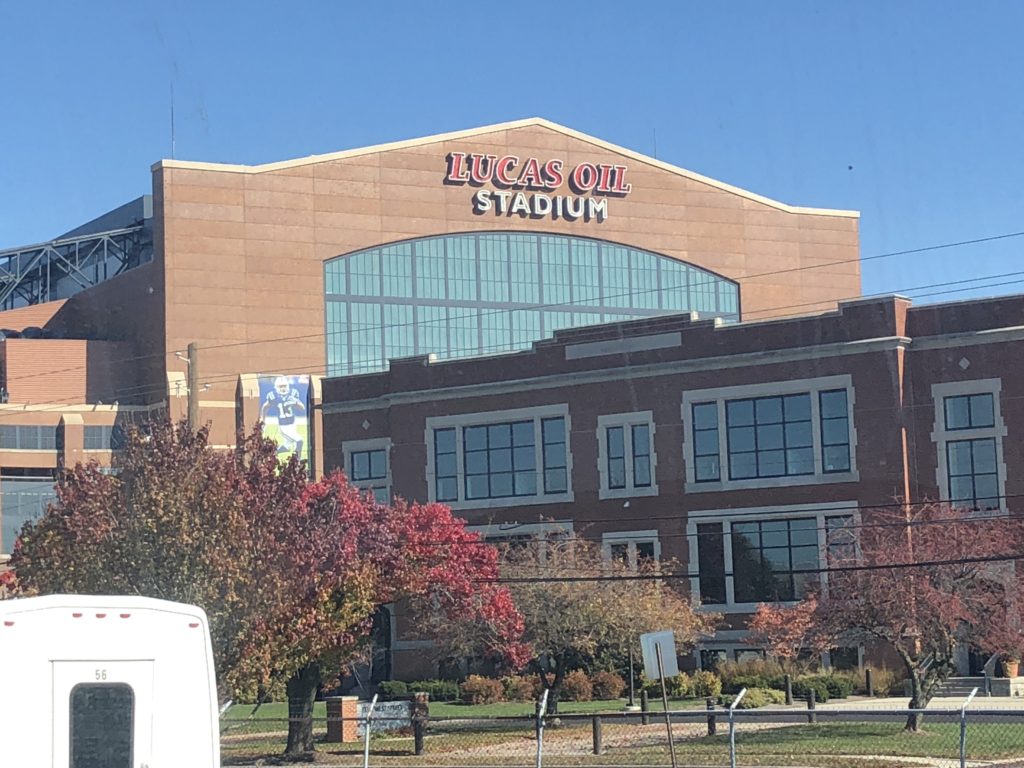 The members of the West Chester Golden Rams Marching Band spend countless hours on improving every aspect of their performance. They express their love for music and the organization they represent. Their commitment to excellence and attention to detail is what makes them one of the most well known around. The future of this organization looks bright and it is exciting to see how far the band can go.

Learning All About How to Become a Doula
Top Restaurants In West Chester for Students
Look out for your friends: 5 signs someone may be suicidal
Take a Path to Better Communication, Yoga Style
3 Reasons to Study Abroad
Slam Poetry: How I Discovered My Passion For Performing