I know what you’re thinking: “getting involved on campus sounds corny”. However, it’s one of the most important things you can do during your time at college.

When I first transferred to West Chester University I was confused. I like to think of myself as an outgoing person and tried everything under the sun in order to make friends. I would talk to people in classes, talk to girls on my floor, but still – nothing came of it. At this point, my Spring semester of 2016, I thought I had made the wrong decision coming to West Chester.

As Fall 2016 came around, I decided to keep trying. To my luck, a girl in Dr. Kopacz’s Communication Research class, Tiffany, someone I consider now to be one of my best friends, came into my life. 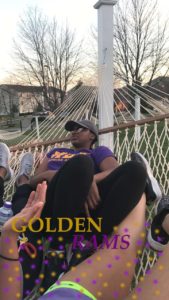 The reason I’m so thankful for Tiffany is that she’s the one who made me push past the “corny” thought of getting involved. She ingrained into my head that getting involved is important and that I would thank not only her but myself for doing so. It provided me with leadership skills, connected me with new friends, and helped me establish better networking/communication skills.

I’ve always thought about what I could get involved with but it wasn’t until the Involvement Fair here at West Chester that I knew exactly what I wanted to do. I was with Tiffany walking through when I saw WCUR The Curve, the radio station here. It was then that Tiffany told me that she had her own show on WCUR and that the staff is welcoming to new people. I signed up right away knowing that my dream was to be on the Radio and that I would get to meet a whole new set of people!

For those of you who didn’t know, WCUR requires an entire semester of training in order to have your own show. No, the hardest part wasn’t the time management part- but the actual written tests we had to pass. In order to continue on with the program, was had to have no more than 3 answers wrong to move on with the process. After completing the tests we would be required to sit-in on different series to see how others produced their shows. For myself, I chose to sit-in on Jake and Sam’s show, which they basically let me run for the next 4 weeks. As I got more comfortable with the people and the actual station, Jake said to me “Karli, you have the perfect radio voice!”

To say I was taken aback is an understatement. For years I was told that I wasn’t particularly good enough for radio and that my voice was just not the right fit. I was so joyous over the fact that for once I heard that statement, I cried later that night.

By the end of the semester, I was put up to one of the most challenging, nerve-wracking tasks I’ve done in my life. Sweating profusely and voice cracking I ran the entire show by myself with flying colors. To this day, Jake and Sam still listen to my show and remind me just how far I’ve come. The radio station, thanks to the people, will forever hold a special place in my heart because this is what eventually lead to my internship as a radio personality at WCHE 1520am. 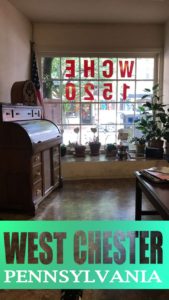 I’ll say it again: Get Involved 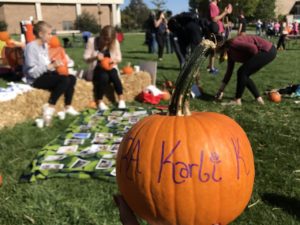 It is crazy that just this one organization helped my communication and leadership skills far past what I originally had. Currently, I’m a resident assistant in Tyson Hall and have an internship doing my dream job. Before being introduced to fellow Communication friends and getting involved on campus, I would have never even thought about doing WCUR, being a resident assistant or applying for an internship. Now, everywhere I walk on campus someone actually knows who I am – I finally feel like I belong here and that my decision to come here was fate.

It was right then when I knew I had to finish what I started; graduating as a Communication Studies major. However, it wasn’t just my major that opened up so many doors for me. It was becoming involved with the campus and students. I was finally comfortable in my major, I made many friends that I wouldn’t dream of forgetting, and I finally felt like I actually belonged. Getting involved on campus can make or break your college career. I am so thankful that one single classmate led me in the right direction.